Skip to content
Does a Smart City provide the solution for Urban Gridlock?

Stuck in the gridlock of a peak hour commute in the nation’s most populated city and my GPS unit struggles to highlight alternate routes to my destination. None of the suggested alternatives shave off anything more than a few precious moments. And besides, the traffic ahead is going nowhere. Granted time to regard my immediate surrounds, I observe the dormant lighting poles lining the road, fixtures and wires that stand, proud and silent.

An aging HID luminaire stares down blankly at me. In the cold hard light of day, its warming sodium glow is unneeded. Indeed, later, when the sun disappears beyond the horizon of the urban sprawl, it will slowly creep into life but for now, it does nothing but adorn the roadside. An expensive piece of infrastructure, doing nothing to contribute to or lessen the daily grind.

Smart city strategies are currently being employed to turn such infrastructure into useful data capture points. If the poles lining the stretch of road upon which I now sit were equipped with sensors, they could capture the complexities of why the current thoroughfare is currently blocked. That data, collected daily and processed appropriately, could contribute to trend identification of the traffic flow on this road. This information, collected en masse over time, could help city planners, road and transport infrastructure management to identify ways to remove the gridlock.

The modern traffic control centres that oversee traffic management in our major cities are highly dynamic with operators relying on various tools and information sources to do their work. Loop detectors are exploited to reap the value of the data they provide, enabling near-real-time and historical traffic pattern analysis. Such technology has been traditionally employed to control traffic lights. Operators also rely on visual camera feeds, as well as their own substantial experience and intuition, to manage day-to-day traffic. A frequent task for the control centre is to manipulate traffic light priorities to ease congestion. During morning and evening rush hours, operators adjust lights to respond to the traffic volume. City planners similarly rely on reports of the data captured during these time to generate visual artifacts to help with their analysis and future planning.

Apply smart sensors to the existing infrastructure and you instantly increase your data collection points. The analysis of the data collected on urban traffic and mobility could be of interest to multiple stakeholders. Transport operators, environmental agencies, planners, and city councils are but a few. Transitioning to smart city traffic monitoring isn’t just a matter of applying technology, but it involves input from multiple organizations and stakeholders all of whom would benefit from the access to data.

A crucial characteristic of smart city technologies is that they can sense individual entities, such as devices. And by being able to track individual entities across the network courtesy of smart enabled poles, planners can see ‘point to point’ movements that can help them model better traffic flows and optimize planning.

As each smart device has its own unique ID, a pole equipped with a networked sensor device can detect the movement and action of an individual vehicle. Although many public transport authorities track their fleets in real time, this isn’t the case for individuals’ vehicles. Such sensing is an important advantage, and enables a range of potential applications and analytical tools.

Operators who have relied on camera feeds because of their live and direct nature, unfortunately can’t track an individual across multiple locations and camera feeds. Networked smart poles thus provide a way to create a ‘finegrain’ replay of traffic flows across the city.

With their ability to differentiate between individual entities, smart technologies should also be able to operate in a real- or near-real-time fashion. Smart city sensing can potentially match the realism and ‘tacitness’ of having a camera feed.

So, does a smart city provide the solution for urban gridlock?

The smart technologies that can be fitted to even existing infrastructure certainly provide a way to collect more exacting data that will equip better decision making. That is good for both traffic management operators and commuters alike. And any assistance that be given to city planners is a positive move in helping alleviate traffic congestion across our increasingly busy road networks. 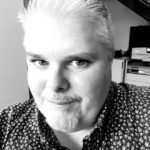