One of the most talked about topics in the technology space at the moment must be 5G. And rightly so, given the impact the new mobile networks are predicted to make on technology and society in general by enabling many new, ground-breaking applications.

Mobile network operators worldwide are currently rolling out new network infrastructure to enable 5G services, governments are auctioning off additional radio frequency spectrum to help make 5G a reality, and local governments are grappling with the impact that 5G networking equipment makes on their neighbourhoods and streetscapes.

But while all of this is going on, a new generation of mobile networks is in fact already in the making. Quite out of sight, high above us in earth’s orbits.

The satellites will transmit and receive data to and from earth in the Ku band (12-18 GHz) and Ka band (26-40 GHz) of the radio frequency spectrum, some of which is already used for the transmission of satellite television. These are millimetre wavebands transmitting information at extremely high speeds. The satellites will also employ optical inter-satellite links based on laser technology, sending data to each other and around planet earth at the speed of light, reaching any location anywhere on earth close to real time.

With the aim to bridge the world’s digital divide and to provide high-speed broadband services to anyone, anywhere on earth, several large and well-resourced companies are currently competing to build their satellite constellations, the main ones being OneWeb, SpaceX and Amazon.

OneWeb is deploying an initial 650-satellite constellation currently being built out. The company is on track to provide broadband services starting in 2021. The first six satellites of the constellation were launched in February 2019 and are manufactured by OneWeb Satellites, a joint venture with Airbus. OneWeb is planning to nearly quadruple the size of the constellation by 2027 to over 2,000 satellites. The company is well funded and has collected USD 3.4 billion in venture capital from investors such as SoftBank Group Corp, Qualcomm Inc, Airbus and Virgin Group.

SpaceX needs no introduction and is also in the game with its “Starlink” constellation. As of November 2019 SpaceX has deployed 122 satellites. The company has the advantage of being able to use their own rockets and space cargo services to launch satellites and they plan to deploy 60 of them per launch, at a rate of one launch every two weeks. In total, nearly 12,000 satellites will be deployed by the mid-2020s, with a possible later extension to 42,000. SpaceX’s founder Elon Musk has stated that the positive cash flow from selling satellite internet services would be necessary to fund his Mars plans!

The third big technology player in the game is Amazon. Amazon’s satellite constellation is named project Kuiper, and it isn’t as far along in its plans as its rivals. Amazon hasn’t said exactly when it intends to start launching or operating its satellites, and it hasn’t yet settled on a launch provider. But the company is nevertheless making a big commitment to project Kuiper, which CEO Jeff Bezos called “a very good business for Amazon” during a Las Vegas conference in June. Amazon is listing more than 100 job openings for its satellite project at this time (Nov 2019).

Do we need high-speed satellite networks?

One aim of these companies is to offer high-speed internet access from orbit to the billions of people who are currently underserved, helping to bridge the digital divides that exist so nobody gets left behind. The impact that high-speed broadband access will make on these people is going to be massive, and it is too big a topic to be covered in this article.

However, at the same time the return on the investment for these projects will be generated by providing commercially viable and competitively priced network services in urban areas too. And especially at the beginning, the connectivity from space will be a welcome addition to the 5G services of the mobile network operators residing on earth.

The high density of networking infrastructure required for 5G services is only commercially viable to be built in densely populated urban areas with a high demand for data and wireless connectivity, while rural and remote areas with low population densities are unlikely to attract the required infrastructure investment.

And in fact, the main source of early revenue for the satellite network providers is predicted to be backhaul services for mobile network operators to aggregate large amounts of data from cellular towers, small cells and other (5G) networking equipment and to re-distribute this data around the world as required and with minimal latency.

As such, the satellite constellations will provide a global network layer underpinning smaller and heterogeneous 5G networks on earth with high-speed and high-capacity backhaul services, while filling the gaps with broadband connectivity in rural and remote areas.

In the longer term however, it is likely that direct connectivity services from satellite networks will gain in popularity, especially once the constellations have been built out to tens of thousands of satellites with the capacity to provide high-speed broadband access anywhere on earth.

Are there any downsides?

Major concerns have been raised about the commercial viability of the satellite constellations and in fact several companies have attempted similar projects in the past and went bankrupt in the process. But it is likely that new transmission and satellite technologies, a significant increase in global demand for data and the advent of earth-bound 5G networks with the need for global high-speed, high-capacity backhaul services have turned satellite networks into a commercially viable proposition.

With such a large number of satellites being added to the already crowded low earth orbit, plans for handling the satellites once the operational life of each satellite is completed are an important consideration too. Concerns about adding to the existing space debris problem have been expressed. The solution could be a new regime of graveyard orbits, similar to those in use for decades to handle post-operational communication satellites.

Lastly, the large number of planned satellites have been met with criticism from the astronomical community. Astronomers claim that the number of visible satellites will outnumber visible stars, and that their brightness in both optical and radio wavelengths will severely impact scientific observations.

Irrespective of the concerns that have been raised, satellite constellations providing high-speed broadband services from space to anywhere on earth are becoming a reality. With multiple well-funded technology players pursuing these projects and starting to move from panning to deployment phase, the services will be available soon. At the beginning, the operators will mainly focus on the B2B market with B2C entering the picture at a later stage when the constellations grow in size and network capacity.

5G networks will continue to be built out by mobile network operators and they are here to stay for a while. However, satellite networks are likely to evolve from underpinning 5G networks with global backhaul services to eventually dominating them, or even replacing them, at least for some applications. The time frame for this to happen is likely to be a decade or two, but then the average lifetime of previous generations of mobile networks has been around 10 years.

Most importantly though, the capacity of these satellite constellations to provide high-speed broadband to underserved areas will change the lives of billions of people by providing opportunity and connecting them to the world! 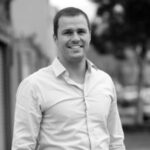